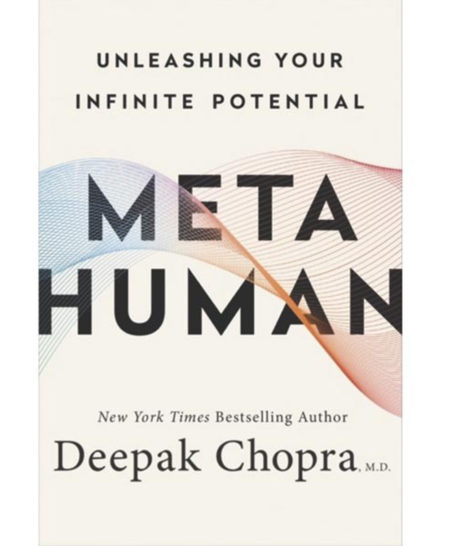 New York Times bestselling author Deepak Chopra unlocks the secrets to moving beyond our present limitations to access a field of infinite possibilities. How does one do this? By becoming metahuman.

To be metahuman, however, isn’t science fiction and is certainly not about being a superhero. To be metahuman means to move past the limitation constructed by the mind and enter a new state of awareness where we have deliberate and concrete access to peak experiences that can transform people’s lives from the inside out.

Humans do this naturally—to a point. For centuries the great artists, scientists, writers, and many so-called ordinary people have gone beyond the everyday physical world. But if we could channel these often bewildering experiences, what would happen? Chopra argues we would wake up to experiences that would blow open your body, mind, and soul.

Metahuman invites the reader to walk the path here and now. Waking up, we learn, isn’t just about mindfulness or meditation. Waking up, to become metahuman, is to expand our consciousness in all that we think, say, and do.

By going beyond, we liberate ourselves from old conditioning and all the mental constructs that underlie anxiety, tension, and ego-driven demands. Waking up allows life to make sense as never before. To make this as practical as possible, Chopra ends the book with a 31-day guide to becoming metahuman. Once you wake up, he writes, life becomes transformed, because pure consciousness—which is the field of all possibilities—dawns in your life. Only then does your infinite potential become your personal reality.